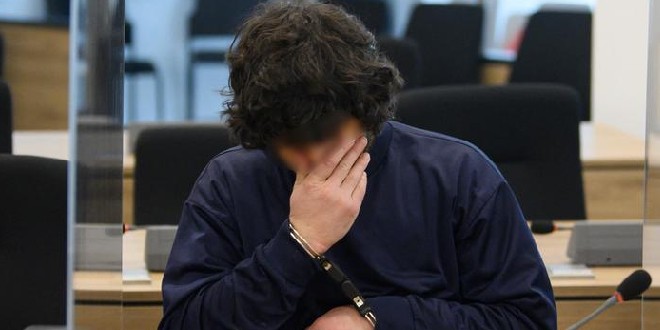 Life Sentence for Radical Islamic Stabber of The Homosexual Couple

A radical Islamist Syrian citizen who stabbed a homosexual couple and killed one of them in Dresden, Germany, has been sentenced to life imprisonment. The court has also blocked the early release of the defendant.

Abdullah A., who stabbed a same-sex couple and killed one in Dresden, Germany, was sentenced to life imprisonment.

The Dresden State Supreme Court found the 21-year-old man guilty of murder, attempted murder, and serious bodily injury. The presiding judge, Hans Schlüter-Staats, declared that the “specific gravity of the crime” was determined. This term in German law prevents the accused from being released early after serving 15 years in prison.

Abdullah A., who came to Germany as a child refugee in 2015, was found guilty of making propaganda for ISIS in 2018, and his punishment was aggravated because he attacked the confinement officers in the institution where he was detained. He was released under some obligations and conditions in September 2020.

The day of the attack

A same-sex couple who came to Dresden from the state of North Rhine-Westphalia for sightseeing was attacked with a knife while walking in the city center on October 4, 2020. While one of them, the 55-years-old man, died at the scene, his partner was taken to the hospital with serious injuries.

Abdullah A. was caught in the city center after DNA traces were found at the crime scene three weeks after the attack, and a knife similar to a kebab knife was found in his bag.

The hearing of the case was commenced on April 12, and Abdullah A. stated that he considered homosexuality a serious crime and wanted to punish the couple in his statement during the tria