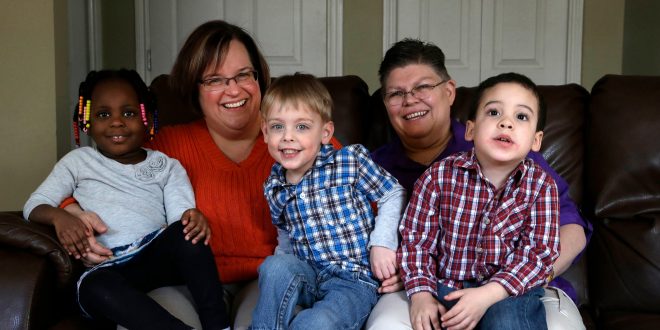 It is important to differentiate between a civil marriage and a religious marriage. Let us be very clear, we are fighting only for civil protections, nothing more, nothing less. We do not want to infringe on a religion’s imperative and traditions. Any religion should be able to define marriage however it wishes. Enacting civil marriage for gays and lesbians will not force the Roman Catholic Church, the Southern Baptist Convention, the Orthodox Jewish religion or any other denomination to recognize gay and lesbian relationships. Some religions undoubtedly will choose to bless and recognize these loving unions. However, i respect the importance of religious freedom and believe each church should be able to decide this issue without government interference.

Gay and lesbians will not achieve total equality until we our families have the same protections as every other family. As long as the government can discriminate against our relationships, we are not equal. Many heterosexual couples take these things for granted, but gay and lesbian families live everyday without these basic guarantees.

Here are some of the more than 1,100 rights and benefits not given to gay and lesbian families.

This list could go on and on. By itself, each item might not seem like a big deal. But taken together, the list of benefits and responsibilities provide important protection for families. Failing to provide gay and lesbian families with those same guarantees is unjust and unwise—creating instability and worry for many families.

Some interesting revelations become clear when you examine the poll numbers associated with this issue. No matter what the numbers say about support or opposition to gay marriage, ask the questions more precisely and you get consistent support for fairness and equality. Should gay and lesbians have the right to visit their partner in the hospital? Should they receive a partner’s social security benefits? Should a gay couple get the same tax benefits as a married couple? Overwhelmingly, polls show answer, “Yes!” to these questions. They understand this is an issue of fairness.

In recent years, public opinion polls have demonstrated steady and increasing support to recognize and protect our families. I confident, over time, more will understand why our families need the same protections and support as their families. As more of us come out to our families and friends, people are able to put a face with an abstract issue. They ask, why shouldn’t my brother be able to marry the man he loves? Why shouldn’t my daughter be able to adopt her child? Why shouldn’t my friend be able to visit his partner in the hospital? As more see their loved ones facing discrimination, they understand the importance of providing civil marriage equality. People are promised the right to life, liberty, and the pursuit of happiness. That phrase loses its meaning if a person does not have a right to marry the one they love.