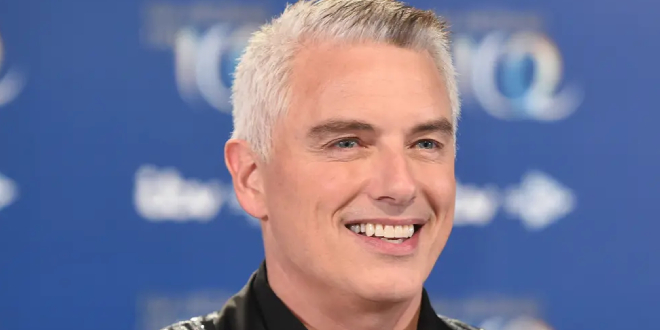 When I though about a top 10 gay actors list, the obvious actors stood out. Here I look at some of the sexiest, funniest and well known gay actors to date.

Not necessarily in the biggest grossing films or even in movies at all, why not browse my list and see what you think!

Born: 17th November 1925 Illinois, USA
The late Roy Hudson, born Roy Harold Scherer, Jr, was a leading actor in the 1950s and ‘60s, probably best known for his appearance in several romantic comedies with Doris Day. Rock tragically died from an AIDs related illness in 1985, ending a career that saw him star in almost 70 motion pictures.

Born: 20th April 1937 California, USA
Best known for his role as Hikaru Sulu in the television series Star Trek, Takei is well known for his activities as a spokesman for the gay and LGBT community.

Born: 5th June 1974 California, USA
A lesser known star on this list, Chad is probably best known for his character Matthew Cooper, who appeared on the TV series Dr. Quinn: Medicine Woman in the 1990’s. Most recently he appeared as Lance Robinson in an episode of American TV series Dexter.

Born: 26th August 1952 Tennessee, USA
The late Michael Jeter’s final film role was the Polar Express, which was released in 2004. Tragically, Michael was found in his home by Sean Blue, his life partner. Michael died of an epileptic fit although he’d been suffering from HIV for several years.

Born: 26th March 1973 Minnesota, USA
Knight’s early acting career actually began with him appearing on Broadway, although today he is certainly better known for his role in Grey’s Anatomy, as Dr. O’Malley. The star was the alleged victim of a homophobic insult from co-star Isaiah Washington.

Born: 3rd February 1956 New Jersey, USA
Nathan’s better known for his stage acting, specifically in the roles in the Birdcage and Guys and Dolls. He’s an American Theatre Hall of Famer and also worked on the films Stuart Little and the Lion King.

Born: 15th June 1973 New Mexico, USA
Famous for his roles in Doogie Howser, M.D. and Starship Troopers, we love Harris for his Barney Stinson character in How I Met Your Mother. Named as one of Time magazine’s most influential people of 2010, Harris is set to receive a start on Hollywood’s Walk of Fame this year.

Born: 24th August 1957 London, UK
Whilst Fry is known more for his Radio 4 Show, TV presenting and reading the Harry Potter audio books, he’s also made notable appearances in V for Vendetta and St. Trinian’s, more recently playing Mycroft Holmes in the Sherlock Holmes sequel directed by Guy Ritchie. We love him for his wry wit and wise, dry sense of humour.

Born: 25th May 1939 Lancashire, UK
Whilst Sir Ian is best known for his role as Gandalf, his work has ranged from Shakespearean theatre to the X-Men films. He was a founding member of Stonewall and arguably the most influential representative of the LGBT community in the UK. His range of honours include being made a CBE in 1979, a knighthood in 1991 and being made a Companion of Honour in 2008.

Born: 11th March 1967 Glasgow, UK
Not only is Barrowman fantastic in his presenting work and his role as Captain Jack Harness in Doctor Who and Torchwood, he’s an avid representative of the LGBT community, representing them in June of last year at talks with Prime Minister David Cameron.