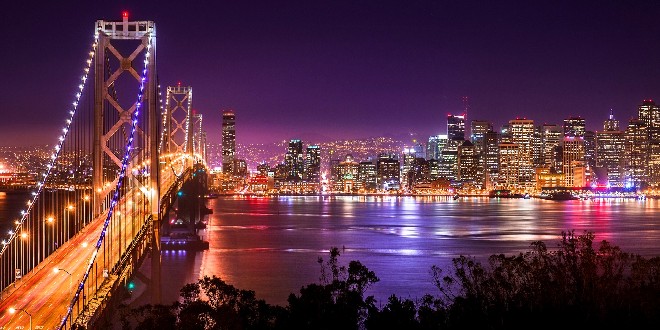 Whether you’re looking for a wild weekend or a romantic break, my top 10 gay city breaks shoud give you some great ideas for your next break.

There are so many ‘must’ visit cities in the world, although some from outside the UK are not exactly weekend destinations. Here are my top 10 gay city breaks for you to choose from:

From temples to skyscrapers, Tokyo’s shroud of conservatism is slowly but surely being penetrated by liberalism and the gay culture is simmering below the surface. Ni-Chome is home to the gay community and the highest concentration of gay bars in the world.

With gay life centring on Chueca, the city’s gay ghetto, Madrid is full of chic, trendy shops, gay restaurants, bars and nightlife. The city’s new found liberalism led to the it’s gay pride in June drawing hundreds of thousands of visitors from across Spain and the continent.

Whilst Le Marais, the hub of gay activity in the city of love, is becoming as expensive as ever, the Parisian gay scene is expanding and growing throughout the city. Paris is perfect if you’re a party goer looking to sample the French way of clubbing.

The gay capital of the Caribbean makes number 7.  Gay bars and restaurants litter the gorgeous island of Puerto Rico, with its golden beaches and fantastic sun.

Potentially the most gay friendly city in the world, and the capital of the first to allow same sex registered partnerships is a must see for any gay tourist. The city is so far north you’ll be out all night and there’s nothing better than walking home after a night out with the birds serenading you all the way.

Home to the largest gay and lesbian population in Europe, London is a diverse, thriving gay community offered up in the typical British, understated and sophisticated manner. London has so much to offer the gay traveller; from Soho’s red light district and gay bars and clubs, to some of the most exciting contemporary art in Europe.

New York’s colourful LGBT history stretch far beyond the Stonewall riot’s of 1969 and today the LGBTI+ community is as lively and active as ever. Visit areas like Hell’s Kitchen and the Village for the most well known gay areas but don’t be afraid to travel around. There’s so much to do and all the time in the world to do it, in the city that never sleeps.

A city that needs no introduction in terms of liberalism and sex, Amsterdam has so much more to offer than sex clubs and naughty cafes. Whilst, of course, if this is what you’re after then go right ahead, but perhaps pause to appreciate the Renaissance architecture, gorgeous outdoor cafes and a city renowned for its tolerance and respect.

Possibly the most fascinating city in my list, Sydney is a thriving gay city that owes its reputation to a wonderful multicultural population of Asian, Latino and Caucasian immigrants from all over the world. The scene is so varied; from exciting gay bars and clubs on and around Oxford Street to the gorgeous Bondi Beach. If you really want to hit up gay Sydney, visit in February when the Gay and Lesbian Mardi Gras sees a week of non-stop partying.

From fashion to nightlife, San Francisco’s gay culture is an integral part of everyday city life, with gay bars and clubs littered throughout the Castro and beyond. San Francisco is home to one of the most welcoming LGBT communities in the world and the club scene is one of