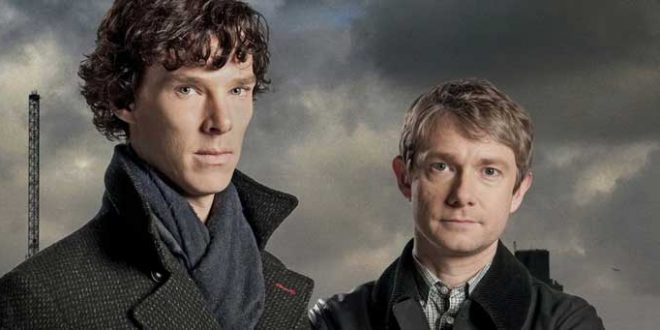 Fans of the popular BBC series Sherlock have been lobbying show creator Mark Gatiss to write a gay relationship between Sherlock and Watson into the plot.

Gatiss said he had been inundated with plotline ideas and even explicit drawings sugeesting a relationship between Sherlock played by Benedict Cumberbatch and Watson (Martin Freeman).

Gatiss told DNA that fans had been urging him to make the dynamic crime fighting duo a couple since injecting sexual innuendo into the plot of the previous series.

Gatiss told DNA: “Oh my God. I get sent things that would make your hair turn white. It’s not just Sherlock and Watson holding hands on a park bench, I can tell you that.

“Some of them are incredibly graphic but my goodness I’ve not tried half the things they’re doing.”

It’s not the first occasion that the great detective and his sidekick have been rumoured to be gay. In the 1970s Billy Wilder film, it was joked that Sherlock and Watson were a couple.

Gatiss said this is where he and co-creator Steven Moffat took their lead.

Nonetheless Gatiss said there are no plans at this stage to turn the pair into a couple.

A fourth series of Sherlock has been commissioned by the BBC and will air later this year. The BBC has also announced plans for a special feature length episode to begin filming in January 2015.