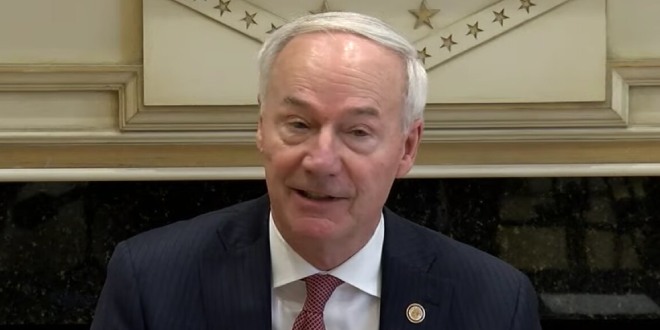 Arkansas has become the first US state to legislate a ban gender-affirming treatments for trans children under the age of 18.

Doctors are also banned from referring the trans youth to other professionals to access care. Those who do could lose their license to practice in the state or face civil litigation.

The bill doesn’t have a provision for children currently transitioning, which means they’ll lose access to treatment when the law begins in a few months.

Republican supporters have argued their Save Adolescents from Experimentation (SAFE) Act is to protect children.

However major peak medical bodies say denying trans children affirming care will do the exact opposite.

Governor Hutchinson admitted the legislation is “too extreme” and “could lead to significant harms from suicide to drug use to isolation.”

“It was too broad and didn’t grandfather in those young people who are currently under hormone treatment,” he told NPR.

“We did not want to interrupt treatment that the parents and patient had agreed to, and the physician recommended.”

Arkansas law is ‘harmful and life-threatening’ for transgender children

The American Civil Liberties Union (ACLU) plans to sue to block the “harmful and life-threatening” ban as soon as possible.

The ACLU of Arkansas said denying trans children treatment because of their identity is “not only wrong, it’s also illegal.”

The bill will drive doctors as well as families of trans children out of the state, Stangio said.

“Gender-affirming care is life-saving care. Banning that care will have devastating and in some cases deadly consequences,” Stangio said.

“Trans youth in Arkansas: We will continue to fight for you. We will always have your back and will be relentless in our defense of your rights.”

According to the Human Rights Campaign, as many as 20 states are proposing similar bans on trans healthcare.

Arkansas also recently passed a law restricting trans women and girls to sports teams of their sex assigned at birth.

Another Arkansas bill allows doctors to refuse to treat someone because of moral or religious objections.