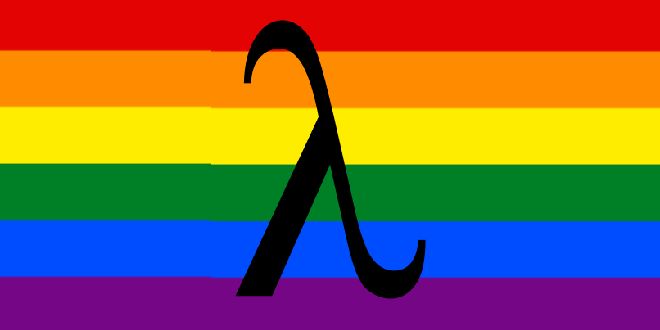 The lambda was selected as a symbol by the Gay Activists Alliance of New York in 1970, following the Stonewall Riots, and was declared the international symbol for gay and lesbian rights by the International Gay Rights Congress in Edinburgh, Scotland, in 1974. The lambda signifies unity under oppression.

The conference tried to provide an international sharing of experience, so that delegates could find out the social, political and legal situation for men and women from other countriesm, and included sessions on the rights of young homosexuals and of gay women. The problem of lesbian invisibility was explicitly addressed by a delegate from Campaign Against Moral Persecution in New South Wales, Australia.

The gay rights organization Lambda Legal and the American Lambda Literary Award derive their names from this symbol. Gay News offered a range of jewellery items featuring the Lambda symbol.

Previous Leonard Matlovich
Next A Brief History of Homophobia in Russia